Definition: The Industrial Relations or IR shows the relationship between the management and the workmen within the industry and the role of a regulatory body to resolve the industrial disputes. 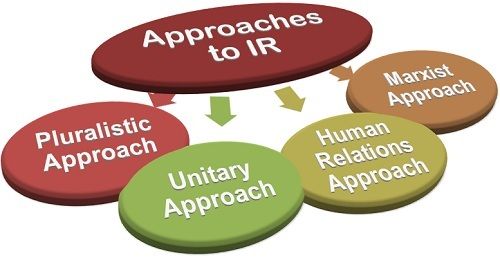 Thus, these approaches to industrial relations must be properly understood by the HR managers as these offer a solid foundation for much of the role of human resource management.