Definition: Motivation is a driving force which affects the choice of alternatives in the behaviour of a person. It improves, stimulates and induces employees leading to goal-oriented behaviour.

For example, promotion is a motivating factor as employees work to achieve preset targets for getting a promotion. Motivation can be monetary, e.g., rewards given in the form of a car or a hike in the salary or it can be non-monetary in the form of public appreciation.

There are two types of theories in motivation: content and process theories. 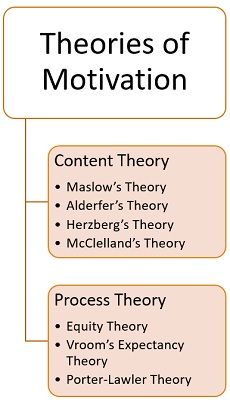 Motivation is thus an inner state of mind that directs one’s behaviour.