Definition: Bonds can be defined as the negotiable instrument, issued in relation to borrowing arrangement, that indicates indebtedness. It is an unsecured debt instrument, in which the bond investor extends credit to the issuer, which in turn commits to repay the loan amount on the specified maturity date, along with interest throughout the life of the bond. The issuer can be the municipal corporation, government or company.

The bonds are divided into two main categories: 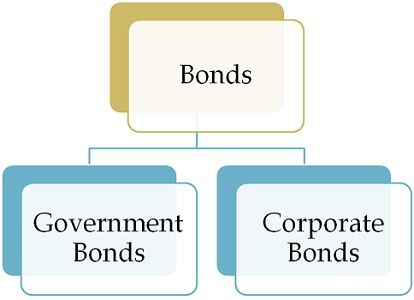 A bond indenture is a contract document between the issuing body and the bondholder, that specifies the factors discussed above.

To sum up, bonds are an ‘I owe you’ instrument issued by the borrower. The bond value is equal to the present value of the cash flows expected from it.