The government’s collective deficits are termed as “National Debt”. In the case of a budget deficit, be it the Government or any business, it has to resort to the external borrowings in order to escape the bankruptcy. The Investors or analyst study the budget deficit of the country or business to judge its financial health.

There can be different types of budget deficits that can be classified on the basis of types of receipts and expenditures taken into the consideration. These are: 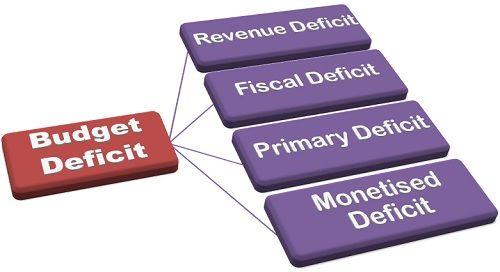 The Budget surplus is opposite of budget deficit where the revenues exceed the expenditures, and when the spending is equal to the revenues, the budget is said to be balanced. The major implications of a Government budget deficit are:

Ideally, for any investor the budget deficits are a threat, but he must understand the reasons behind such a deficit. The reason for such a deficit could be the investments made in the infrastructure development or any other profitable investments that will yield profits in the future, could be seen as healthier than the situation, where a country or a business entity is facing a deficit due to unsustainable expenses.