Definition: Decision Tree may be understood as the logical tree, is a range of conditions (premises) and actions (conclusions), which are depicted as nodes and the branches of the tree which link the premises with conclusions. It is a decision support tool, having a tree-like representation of decisions and the consequences thereof. It uses ‘AND’ and ‘OR’ operators, to recreate the structure of if-then rules.

A decision tree is helpful in reaching the ideal decision for intricate processes, especially when the decision problems are interconnected and chronological in nature.

A decision tree does not constitute a decision but assists in making one, by graphically representing the material information related to the given problem, in the form of a tree. It diagrammatically depicts various courses of action, likely outcomes, states of nature, etc, as nodes, branches or sub-branches of a horizontal tree.

There are two types of Nodes:

For instance: Think of a situation where a firm introduces a new product. The decision tree presented below gives a clear idea of managerial problems. 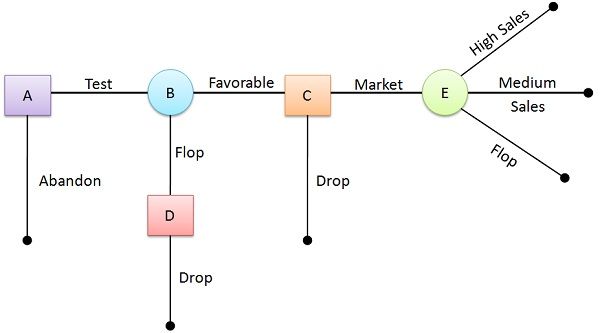 The decision tree can be applied to various areas, where decisions are pending such as make or buy decision, investment decision, marketing strategy, the introduction of a new project. The decision maker will go for the alternative that increases the anticipated profit or the one which reduces the overall expected cost at each decision point. 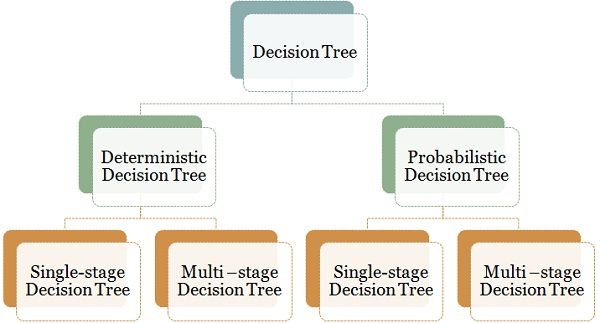