Definition: Depreciation is the reduction in the utility of the fixed asset like plant & machinery, furniture & fixtures, vehicles, buildings, etc. because of obsolescence through technology or market conditions, natural wear and tear, the passage of time, exhaustion of subject matter and so on.

Depreciation is a measure which calculates loss in the value of the non-current asset. It is an accounting convention which allocates the cost of depreciable assets over its useful economic life, to ensure that a fair proportion of depreciable amount is written off every year.

Depreciable assets mean, the assets whose expected useful life is limited but are expected to provide their services for more than one accounting year and are held by the company for the purpose of production or administration rather than resale.

There are a number of methods of depreciation which are explained as under: 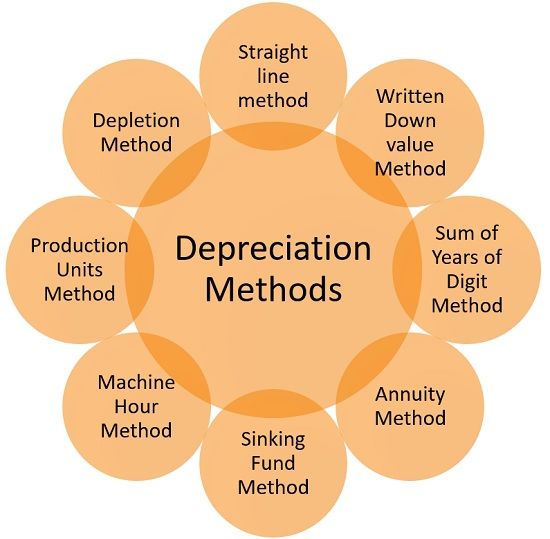 Depreciation is a non-cash expenditure, and so, it does not result in cash outflow from the business. Moreover, it does not create funds rather it highlights the fact that a fixed amount should be retained from the profits, for the replacement of asset, to continue operations.