Definition: Foreign Exchange Exposure refers to the risk associated with the foreign exchange rates that change frequently and can have an adverse effect on the financial transactions denominated in some foreign currency rather than the domestic currency of the company.

For example, if Indian company is competing against the products imported from China and if the Chinese yuan per Indian rupee falls, then the importers enjoy decreased cost advantage over the Indian company. This shows, that the companies not having any direct link to the forex do get affected by the change in the foreign currency. 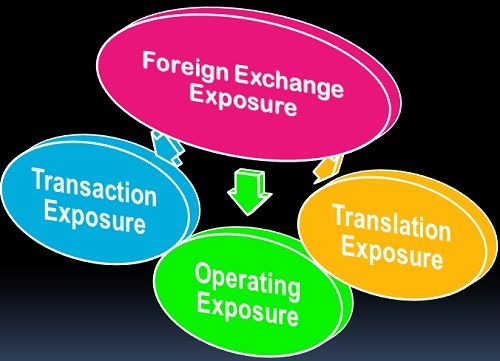 Out of these three risks, the first two risks, i.e. transaction risk and the operating risk are called “cash flow exposure” or “economic exposure”, while the translation risk is called the “accounting exposure”.