Definition: Rensis Likert along with his associates in Michigan University, USA conducted research to study the patterns and styles of managers over three decades, across 200 organizations and developed a four-fold model of the management system that helped in understanding the leadership behavior.

Likert’s four systems of management are categorized as follows: 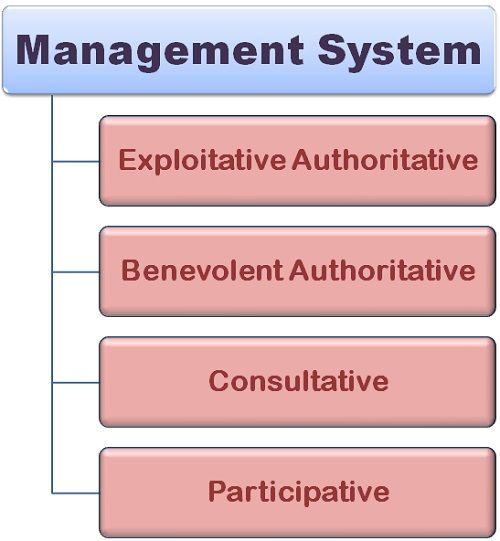