Definition: Porter’s five forces model, refers to a framework based on the competitive analysis, introduced by Harvard Business School Prof. Michael E. Porter. The model determines the intensity of competition in any industry is a mix of five competitive factors operating in different areas of the whole market.

The framework is an outside-in strategy tool for the business unit that evaluates the attractiveness (profitability) of an industry. Thus, helps the business-persons to identify existing and potential lines of business.

It is a useful tool for accurately diagnosing important competitive elements in the market, as well as determining the strength and significance of each five forces. 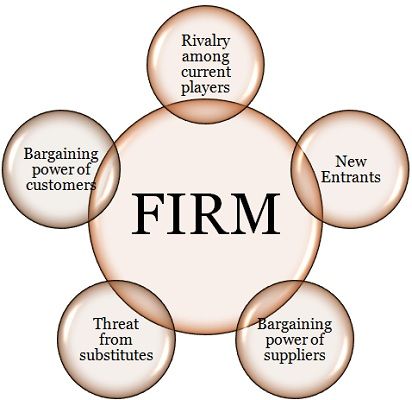 Therefore, the model is all about taking offensive and defensive actions, to create and maintain a competitive position in the market and to cope with the challenges (five forces) successfully.