Definition: The Sampling is a statistical analysis tool wherein the data are collected from a few representative items of the universe, called as a sample, on the basis of which the characteristic of the entire population can be ascertained.

There are two important principles of sampling on which the sampling theory depends on: 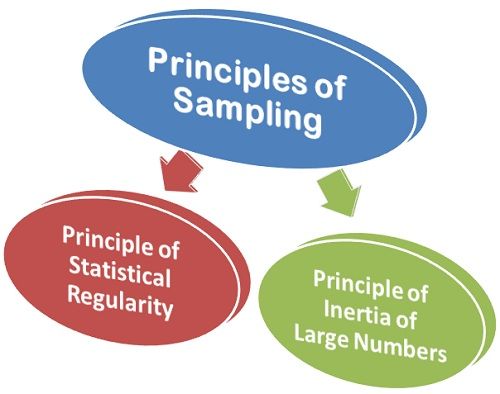 Thus, both the principles talk about the sample size i.e. the larger it is, the larger is the accuracy of the results obtained.