The numbers or set of numbers assigned to the object has certain specific qualities that interest the researcher. These qualities are magnitude, equal intervals and absolute zero, which helps in determining the type of measurement scale to be used and the best statistical method to be applied.

The Magnitude means the ability to determine the degree to which one score is less than, or greater than another score. The Equal Interval means an equal distance each possible score has from each other. The Absolute Zero is a point where a score of zero can be assigned, or none of the scale exists. These scale qualities collectively determine the four scales of measurement. These are: 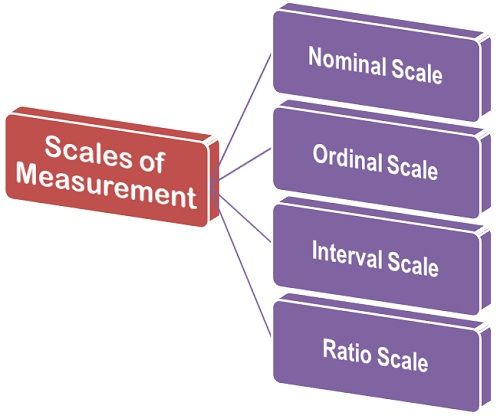 Thus, these are the primary scales of measurement used by the researcher on the basis of the type of variable included under study.