Definition: Small Scale Industry (SSI) refers to an industrial undertaking whose investment in fixed assets, i.e. plant and machinery, is not less than ₹ 1 crore, be it is owned, leased, or hire purchased. Nevertheless, considering the needs of small-scale industries which are dependent on export promotion and modernization, the maximum investment in fixed asset is ₹ 5 crores.

In simple words, Small Scale Industries is one wherein manufacturing, processing, and delivery of goods and services is carried out, on a small or micro scale. These are labor-intensive industries, with little investment, light machinery and few workers and employees.

Small Scale Industries are characterised by: 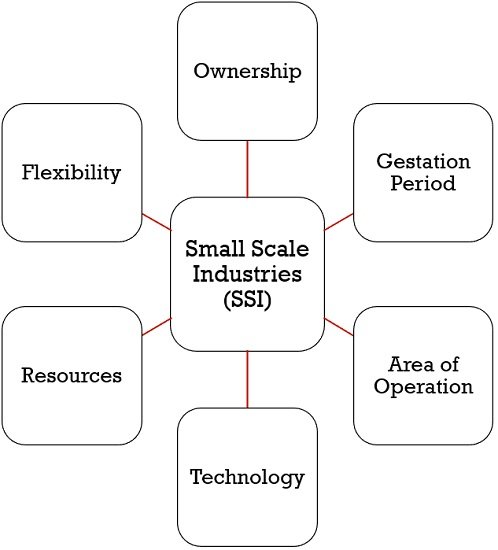 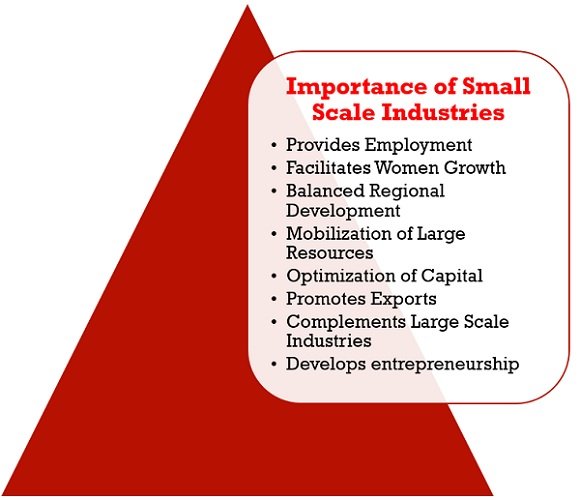 Initially, the term ‘Small Scale Industry is mainly used in the context of agro-based rural industry wherein huge capital investment and infrastructure is not required. But with the passage of time, electronic equipment, tools, handicrafts, and digital devices are also manufactured by small scale industries.