Definition: Tax refers to a mandatory financial contribution to the country’s revenue, imposed by the government on the income of people, business profits, activities or included in the cost of goods, services or transactions.

The taxes are the primary source of government revenue, which is used to finance government expenditure on the provision of education, health care, public utility services, development activities like construction of roads, dams, canals, highways, expressways, etc. 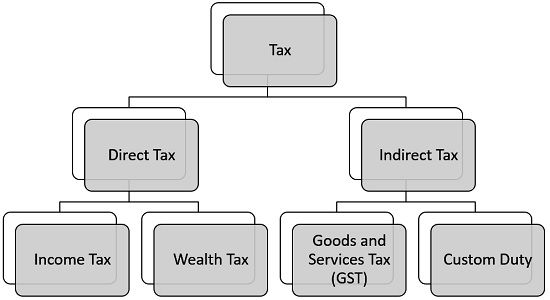 In a nutshell, tax is the money which a person has to pay to the Central or State Government, as an enforced contribution imposed in accordance with the law.