The misconduct can be in the form of fraud, corruption, violation of company rules and policies, all done to impose a threat to public interest. The whistle blowing is done to safeguard the interest of the society and the general public for whom the organization is functioning.

The companies should motivate their employees to raise an alarm in case they find any violation of rules and procedures and do intimate about any possible harm to the interest of the organization and the society. 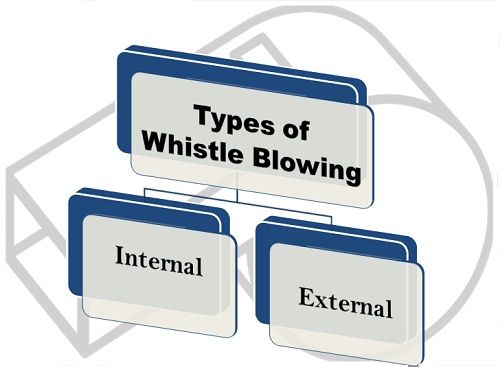 Most often, the employees fear to raise a voice against the illegal activity being carried out in the organization because of following reasons:

Thus, in order to provide protection to the whistle blowers, the Whistle Blower Protection Bill is passed in 2011 by Lok Sabha.

Now, the question comes in the mind that which offenses are considered valid for whistle blowing and for which the protection is offered by the law. Following are the acts for which the voice can be raised and are law protected:

Note: The personal grievances such as workplace harassment, discrimination, bullying, etc. is not covered under the whistle blowing law unless it is in the public interest.