Definition: Audit evidence refers to the information gathered or recorded by the auditor while performing the audit work to form a conclusion on each element, on which the opinion is based. For obtaining audit evidence, a number of audit procedures are applied by the auditor.

It is the duty of the auditor to give an opinion on the financial statements presented by the company and which is all about judgment.

Audit evidence so collected must be sufficient and competent and in appropriate quality, only then the auditor will express his opinion. It comprises source documents and accounting records elemental to financial statements and authenticating information from different sources.

It helps in forming an opinion regarding the financial statements of the company, i.e. if the statements are free from material misstatements, present true and fair view, and are prepared in accordance with the financial reporting framework which is applicable. Also, when the findings of the auditor are disputed, this evidence supports the opinion of the auditor.

The term ‘evidence’ may cover all those items that can have an impact on the auditor’s mind, which may affect his opinion concerning the true and fair view of the documents submitted.

The formation of opinion by the auditor is based on sufficient and appropriate audit evidence, which are gathered by carrying out the Risk Assessment Procedure and audit procedures i.e. substantive procedure and compliance procedure. 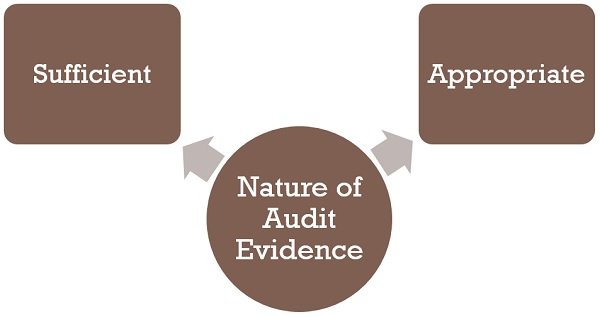 The sufficiency and appropriateness of audit evidence are influenced by the following factors:

On the basis of Source

On the basis of nature

There are five methods of obtaining audit evidence which is explained in the points that follow: 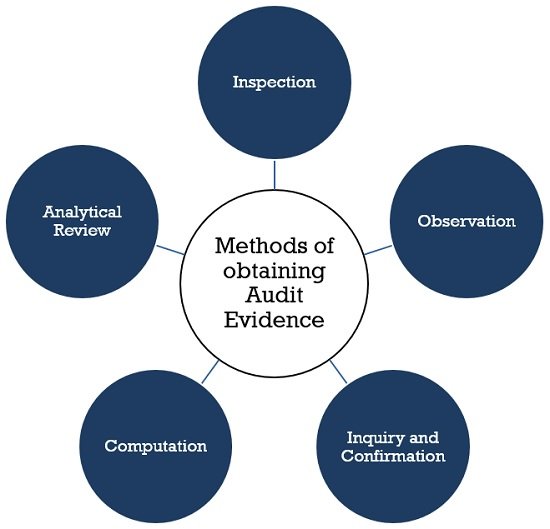 Simply put, audit evidence is the information that the auditor uses to arrive at conclusion, on the basis of which independent opinion can be expressed. It may cover all the information generated by the accounting system, actual physical inspection of assets, documents generated by third parties and within the company, comparison of balances of accounts, etc.