Definition: The Buzz Marketing is the practice of creating an excitement among the users and the consumers about a particular product, service, brand or the company.

It is one of the forms of  Word- of-Mouth, wherein the users give a buzz i.e. create a hype among the consumers about a product or service they have recently experienced.

The Buzz can be both online and off- line, i.e. face to face communication without any medium. Friends meeting in a marketplace and discussing the latest movie can be the example of off-line buzz marketing.

The social media marketing plays a dominant role in creating a buzz worldwide. The social media sites viz. Facebook, Twitter, Google+, etc. provides a platform for the companies and the users to meet and discuss the company’s whereabouts. 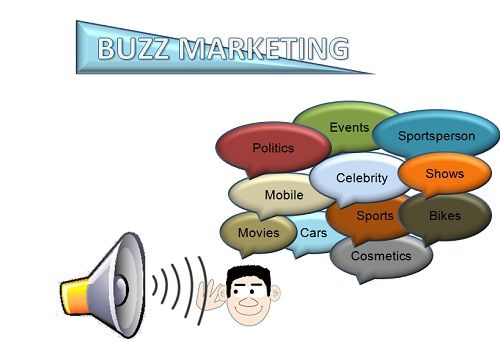 The buzz created in the market can be:

The “Buzz” is the sound created by the “Bees” and similarly in buzz marketing, the group of people is considered as “vectors” who create the buzz about the brand or a company.

Following are the types of Vectors in Buzz Marketing:

Typically, the buzz marketing is triggered by the “Influencers”, i.e. Early Adopters, who wait eagerly for any new things to come into the market so that they can share their views about it with their friends, family, peers, and colleagues.