Definition: The word ‘distribution’ means the allocation of something to its recipients. Hence, the term, ‘channels of distribution refers to the various mediums used for the purpose of distribution.

Channels of Distribution or Distribution Channel can be defined as the path taken by the good or service when they move from manufacturer to the end consumers. The movement of the goods implies the physical distribution of the goods or the transfer of ownership.

It is the network of intermediaries such as wholesalers, retailers, distributors, agents, etc., who carry out a number of interrelated and coordinated functions in the flow of goods from its source to its destination. Additionally, it creates utility of time, place, form, and possession to the product by the quick and efficient performance of the function of physical distribution.

Have you ever wondered that product manufacturing units of various companies are set up at a particular location only, but the consumers of that product are everywhere across the globe, so how these goods are available to the people residing in a place distant from the place where the manufacturing unit is located? Well, it is the channels of distribution that act as an intermediary to make the goods available to the intended consumer.

Types of Channels of Distribution

Channels of Distribution implies the means through which the good or service need to pass to reach the intended consumer. Based on the number of intermediaries involved, the channel of distribution can be short or long. Further, it has a great impact on the company’s sales, as the higher the availability of the goods, the more will be its sales.

Depending on the type of the product, i.e. good or service, different marketing channels are employed by the companies.

There are three main types of channels of distribution, discussed hereunder: 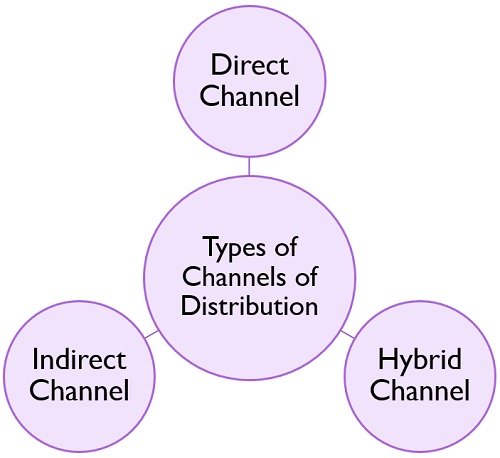 Prior to reaching the hands of the consumers, goods and services pass through various hands. However, there are certain instances when the producer sells goods directly to their customer, then such a channel is known as a direct channel.

Hence, no middlemen exist in the case of the direct channels. And to do so, the company can supply the product to the customer via their own online or retail store, or salesman at the customer’s doorstep and arranging their own delivery system. It is also called a Zero Level Channel. Example: Consultancy firms, Passenger and freight transport services, banks, etc.

When the producer produces goods on a large scale, it is difficult to make direct selling of the goods to the customers. In this way, middlemen come into the picture to ensure the availability of the goods to its customers. It may include wholesalers and retailers. So, we can say that when there are a host of intermediaries involved in the distribution process, it amounts to the indirect channel of distribution.

Suppose a manufacturer owning their own retail outlet and simultaneously, offering goods to customers via e-commerce platforms or other retailers. 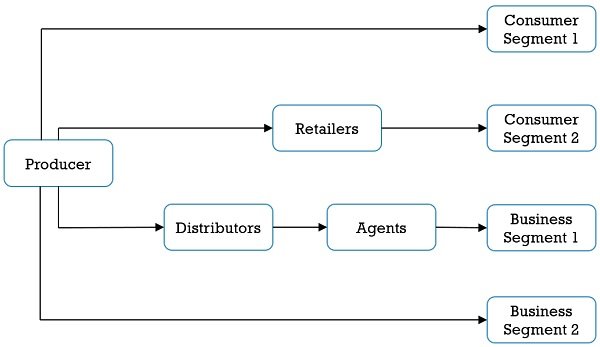 Functions of Channel of Distribution

The functions performed by the channels of distribution are divided into three main categories: 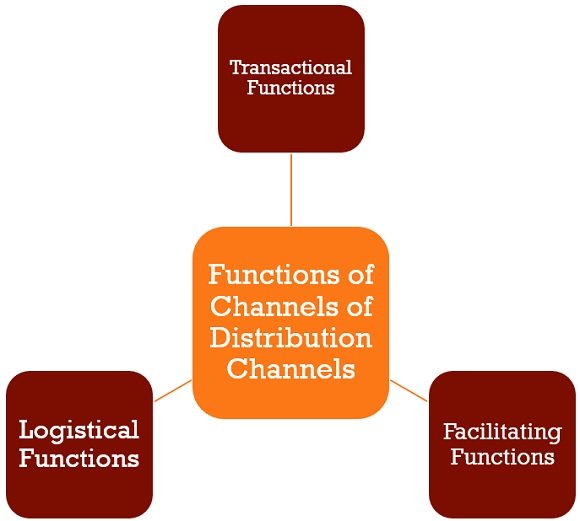 Size of the Customer, potential volume of sales, concentration of buyers, size of the purchase order, and so forth are some of the factors which are considered before choosing the distribution channel.

Factors related to perishability, bulkiness, product value, etc. related to the product are taken into consideration while making a choice between the channels of distribution.

Types of intermediaries, services provided by middlemen, the attitude of middlemen, availability of middlemen, and channel competition are the factors that influence the choice of channel.

Cost of distribution, management’s ability, services provided by seller, long-run effect on profit, the extent of channel control, financial resources, and experience and ability are the company considerations.

Distribution Channel is the path followed by the good or service with multiple levels or distribution points, from the production to the final consumer. It is an important element of the downstream supply chain which includes a host of intermediaries such as wholesalers, retailers, distributors, agents, merchants, online stores, etc., which act as a link between producer and consumer. These are called marketing channels.