Definition: Vertical Marketing System or VMS comprises producers, wholesalers and retailers that work as a combined system. Of the various channel members, one comes out as channel captain and the rest of the members either:

Moreover, it ensures close coordination and cooperation between various channel members. As a result of this, when all channel partners work together, they generate not only more sales but also a loyal clientele. It helps in achieving an efficient, low-cost distribution that is capable of satisfying the target market customers. Thus, it has given rise to the concept of a planned marketing channel. 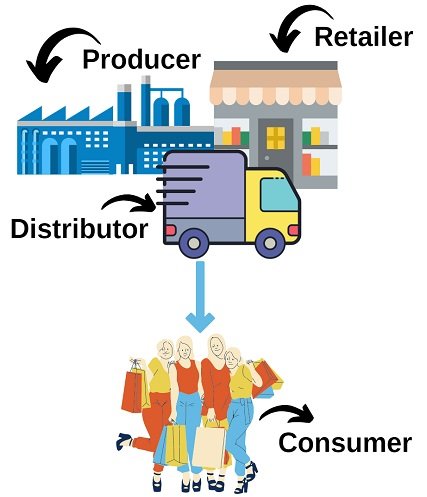 The emergence of VMS is to control channel behaviour and manage channel conflict. It helps in achieving economies of scale through:

Further, it is a fully integrated system on the vertical level, i.e. right from the manufacturer to the final intermediary.

There are three types of VMS:

In this one channel members, owns the marketing intermediaries. It combines the successive levels of production and distribution under one ownership. Popularly, we know it as vertical integration. It is possible through forward and backward integration. 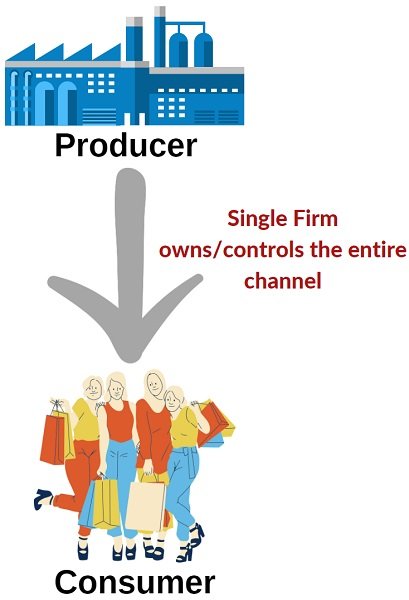 In this, achievement of coordination and channel conflict management is possible by way of regular organizational channels.

In this, the channel organizations stay independent, but one channel member has control over the other business in the supply chain. It coordinates the production and distribution stages depending on the size and power of one channel member. 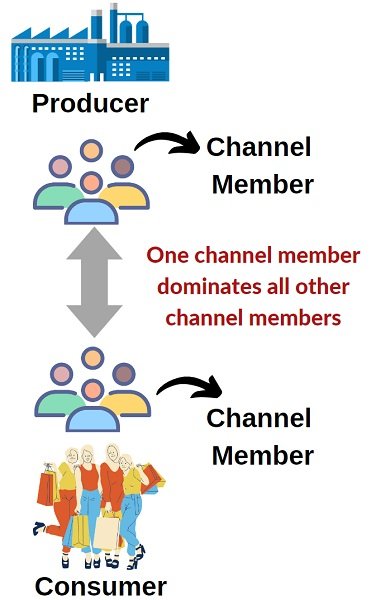 The dominant member looks after the business health of other participants. Also, it does not make any attempt to remove them or consume the profit of other channel partners. There are instances where the brand equity and market position of the producer are itself capable of seeking voluntary contribution from the retailers. The contribution can be in the matters of level of inventory, displays, promotion, shelf space and pricing policy.

Channel organizations operating at different stages of production and distribution come together and work through legal agreement. Basically, it is an arrangement of a group of independent producers, and distributors. 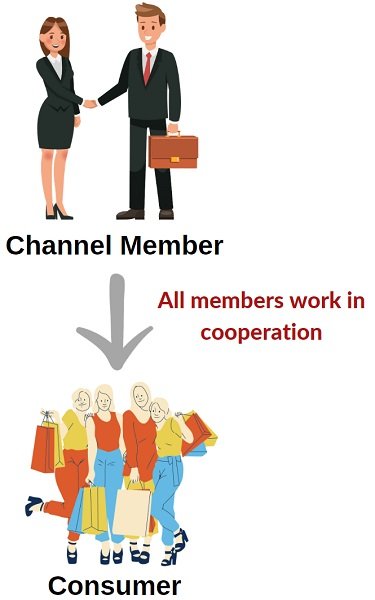 In this setting they incorporate their programs through an agreement to gain synergy and to generate more sales or economies of scale. Here, the contractual agreement plays a crucial role in coordinating the activities and managing conflict. Contractual VMS can take three forms:

KFC, Pizza Hut, Dominos, and McDonalds are the two most common examples of Contractual VMS.

Above all, a vertical marketing channel is a distribution channel structure wherein a single channel member manages various intermediaries for the purpose of improving distribution efficiency and marketing effectiveness. Further, it also led to channel leadership.