Definition: A company can be defined as an incorporated voluntary association of persons formed by law for a definite purpose, as an artificial person with a separate legal existence.

Further, the capital raised by the company by issuing debentures is termed as debt capital.

Characteristics of a Company 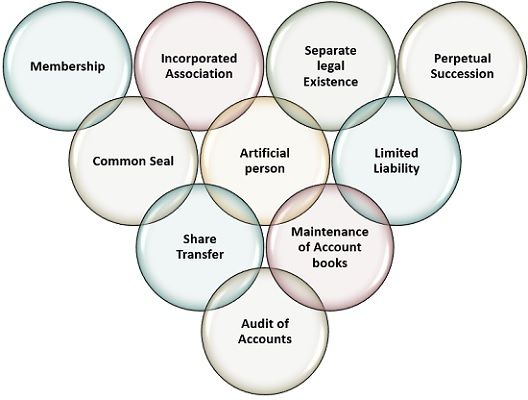 In addition to the above characteristics, there is democratic management in the company in the sense that people of various categories and areas invest in the company’s stock. They cannot look after the day-to-day operations and dealings. However, they participate in deciding the company’s policies.

Hence, it is the Director of the company appointed by the shareholders, who manages the company’s affairs.

Further, the shareholders have the right to access the company’s information. So, they can take part in the annual general meetings and also check financial statements.