Definition: Consumer Survey Method is one of the techniques of demand forecasting that involves direct interview of the potential consumers.

Consumer Survey Method includes the further three methods that can be used to interview the consumer: 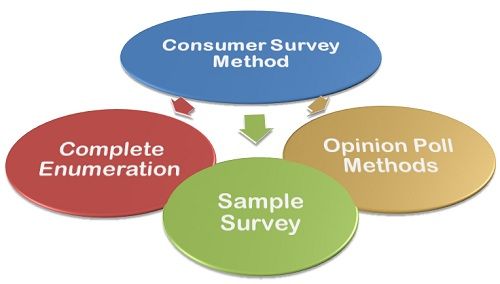 Thus, these are some of the most commonly used consumer survey methods, wherein the customers are directly asked about their intentions about the product and their future purchase plans.