Definition: The Market Demand is defined as the sum of individual demands for a product per unit of time, at a given price. Simply, the total quantity of a commodity demanded by all the buyers/individuals at a given price, other things remaining same is called the market demand.

There are several factors that determine the demand for a product. These are: 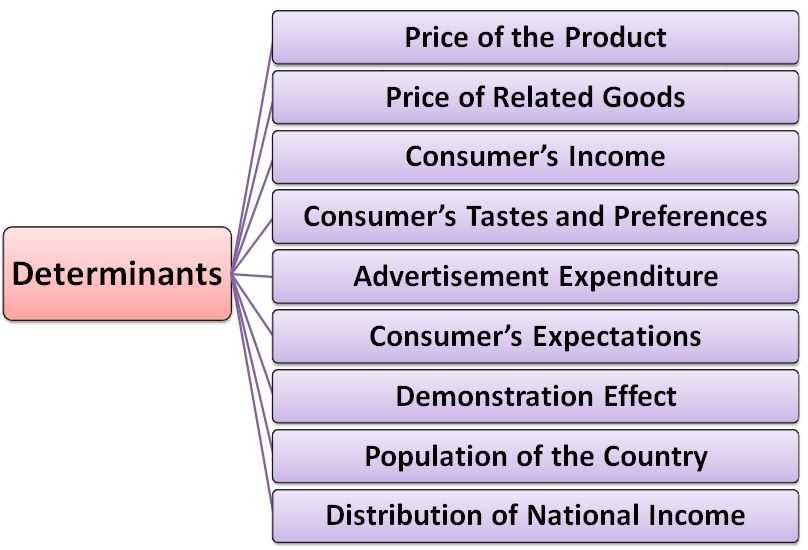