Definition: The Delegation of Authority is a process through which manager assigns responsibility to the subordinate with a certain level of authority, i.e. power to take decisions, in order to accomplish certain assignments on the manager’s behalf.

Elements of Delegation of Authority

There are three major elements of delegation of authority: 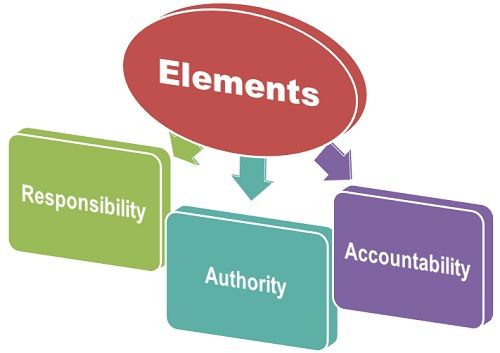 Thus, in order to get the task accomplished, the manager delegates some responsibility along with the certain authority to his subordinate to exercise control and is held accountable for his operations only to the immediate manager and not to the manager’s manager.