Definition: In the simplest sense, income tax is a tax imposed on the income of persons, earned by them in the previous year. It is a composite tax on the total of income derived from multiple sources. To compute the tax, income is classified into different slabs and tax is charged as per the rate of the concerned slab. It is majorly classified into:

In the year 1860, Sir, James Wilson introduced this tax in India for the very first time. He was the first Finance Minister of India. The reason for its imposition is to meet the expenses and losses, which are incurred due to the Revolt of 1857.

Why do we pay taxes?

Taxes are the cost that we have to pay for living in a civilized society.

It is one of the major sources of revenue for the government. The IT Department of the Government imposes this tax. The revenue generated from the collection of tax on the income and other taxes is used to:

The determination of tax liability of the assessee relies on the slabs and rates for different heads.

As per law, the taxpayers need to file an Income Tax Return, depending on their income and the sources from which the income arises. After filing the ITR, the individual will get to know about their tax obligation. 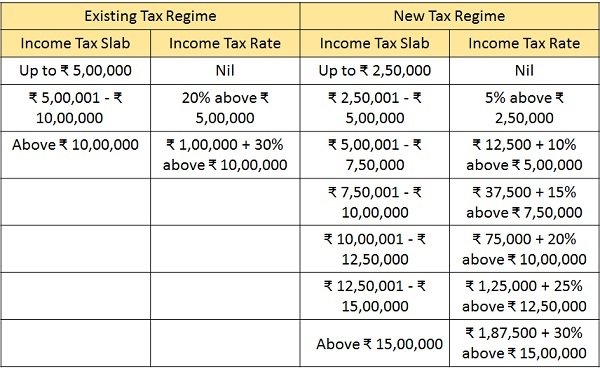 What are Assessment Year and Previous Year in Income Tax?

The year in which evaluation and taxation of income take place is the assessment year. But that income is earned during the previous year.

Income refers to the monetary inflow, arising from different sources with some degree of regularity or expected regularity.

Who is liable to pay income tax?

In a nutshell, Income tax is a permanent source of income for the government. Also, it encourages savings and investment among people. Further, it removes disparities between the haves and have nots and fills the gap between the two. And that is why we use slab rates.