Definition: The Indifference Map is the graphical representation of two or more indifference curves showing the several combinations of different quantities of commodities, which consumer consumes, given his income and the market price of goods and services.

The consumer preferences give rise to several combinations of commodities, each yielding the same level of satisfaction. Hence, it is critical to understand the preferences of the consumer as these vary from individual to individual and market to market. The concept of the indifference map can be further understood through a figure given below: 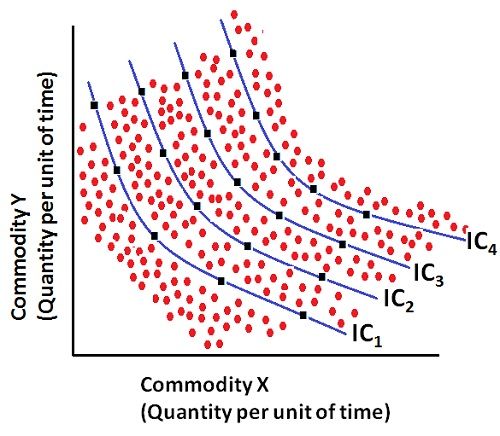