Definition: The Johari Window is the psychological model developed by Joseph Luft and Harrington Ingham, that talks about the relationship and mutual understanding between the group members. In other words, a psychological tool that helps an individual to understand his relationship with himself and with other group members is called as a Johari Window.

The objective behind the creation of a Johari window is to enable an individual to develop trust with others by disclosing information about himself and also to know what others feels about himself through feedback.

The Johari Window model is made up of four quadrants that explain the overall relationship of an individual with himself and with other group members. These are as follows: 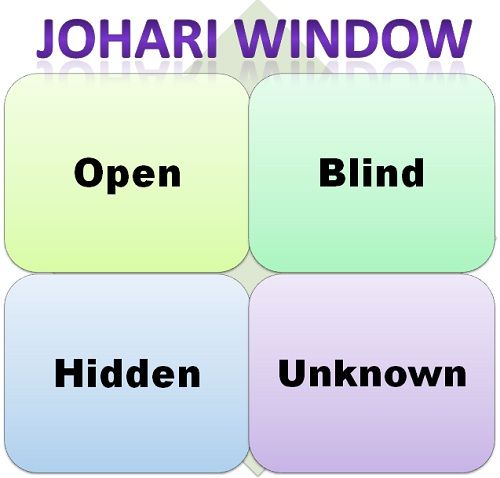 The ultimate need is to enlarge the open self quadrant with the intent to establish a fruitful relationship with the self as well with others such that the work can be performed efficiently when working as a team.