Definition: Ledger implies the principal books of accounts, wherein all accounts, i.e. personal, real and nominal are maintained. After recording the transactions in the journal, the transactions are classified and grouped as per their title, and so all the transactions of similar type into are put in a particular account.

When the debit and credit items are transferred from journal to the specific ledger accounts, the process is called as Posting. The rules with respect to the ledger posting are discussed as under:

The ledger is subdivided into two major categories: 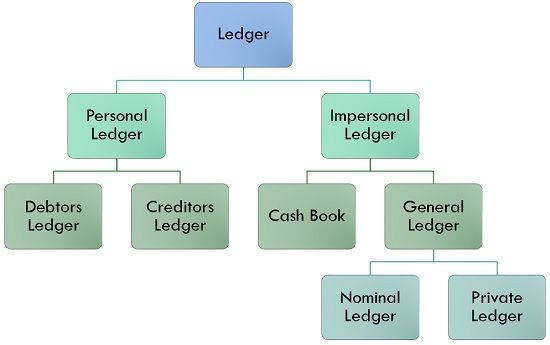 Ledger is the King of all Books and that is why it is also known as the book of final entry wherein account-wise balance of each account is ascertained. It helps in the preparation of trial balance and financial statement, i.e. profit & loss account, balance sheet, and cash flow statement.