Definition: Organizational Conflict or otherwise known as workplace conflict, is described as the state of disagreement or misunderstanding, resulting from the actual or perceived dissent of needs, beliefs, resources and relationship between the members of the organization. At the workplace, whenever, two or more persons interact, conflict occurs when opinions with respect to any task or decision are in contradiction.

Conflicts alleviate at the workplace due to individual and inter-individual factors. Individual related causes entails attitudes, beliefs, personality orientation and human-frailties. Inter-individual conflicts arises when a manager breaches norms of the organization. 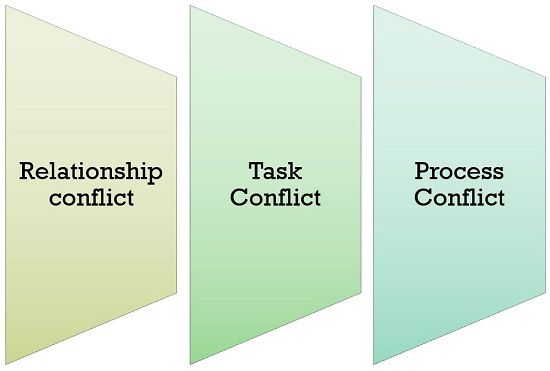 The causes of organizational conflict are to be known, to resolve them as early as possible, because it hinders the efficiency, effectiveness and productivity of the employees and the organization as well, which ultimately hampers its success.

Ways to Manage Conflicts in Organization

In an organization, conflict is inevitable and so various means are to be discovered to resolve them or use them in a way that can help the organization to increase its productivity.