Definition: The Business Cycle refers to the ups and downs in the economic activities that the economy experiences over a period of time. Generally, the business cycle is the upward and downward movement in the level of GDP reflected by the fluctuations in the aggregate economic magnitudes Viz. Total production, employment, investment, wages, etc. 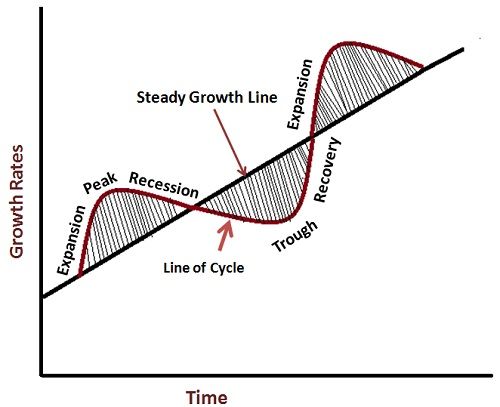 Thus, the business cycle is a continuous process which occurs periodically, more or less in a regular fashion.