In Polycentric Approach, the nationals of the host country are recruited for the managerial positions to carry out the operations of the subsidiary company. The rationale behind this approach is that the locals of the host country know their culture better and can run the business more efficiently as compared to their foreign counterparts. 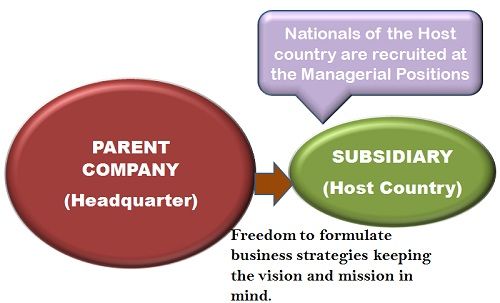