Definition: The Collective Bargaining is a technique to reach a mutual agreement between the employer and the employee. Here the representatives of both the parties viz. The union and the employer meet and discuss the economic issues such as wage, bonus, number of working hours and other employment terms.

The process of collective bargaining comprises of five steps that are followed by both the employee and the employer to reach an amicable solution. 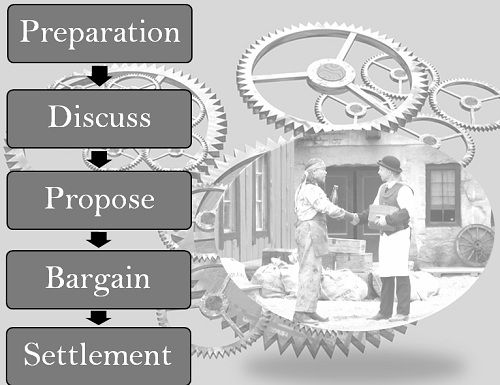 Thus, to get the dispute settled the management must follow these steps systematically and give equal chance to the workers to speak out their minds.