Definition: The Profitability Ratios measure the overall performance of the company in terms of the total revenue generated from its operations. In other words, the ratios that measure the capacity of a firm to generate profits out of the expenses and the other cost incurred over a period are called the profitability ratios. 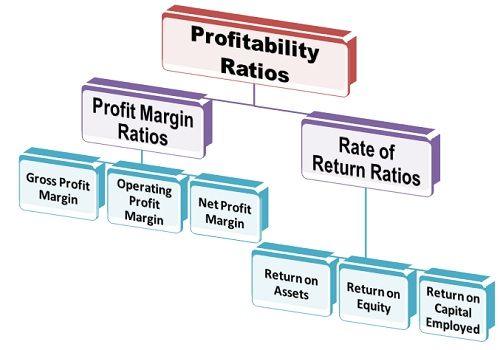 The most popular ratios are:

The most popular ratios are:

Generally, the ratios with the higher value are favorable as it indicates that the company is doing well.