Definition: The Promotion Mix refers to the blend of several promotional tools used by the business to create, maintain and increase the demand for goods and services.

The fourth element of the 4 P’s of Marketing Mix is the promotion; that focuses on creating the awareness and persuading the customers to initiate the purchase. The several tools that facilitate the promotion objective of a firm are collectively known as the Promotion Mix.

The Promotion Mix is the integration of Advertising, Personal Selling, Sales Promotion, Public Relations and Direct Marketing. The marketers need to view the following questions in order to have a balanced blend of these promotional tools. 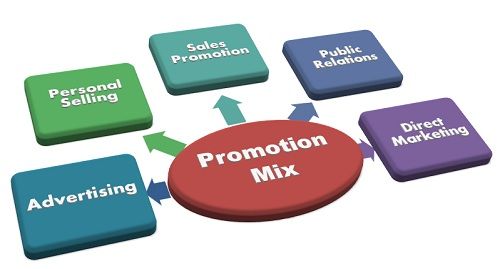 Thus, the companies can use any tool of the promotion mix depending on the nature of a product as well as the overall objective of the firm.