Definition: Public Deposit can be described as a form of short-term financing, often unsecured in which the company invites deposits from the general public to fulfill its working capital requirements. In this, the general public, deposits money with non-banking companies. It is just like a loan raised by the company from the public. Here, the word public is an umbrella term for employees, customers, shareholders, and the general public.

Most importantly, a private company is not authorized to invite the general public to deposit money with the company. 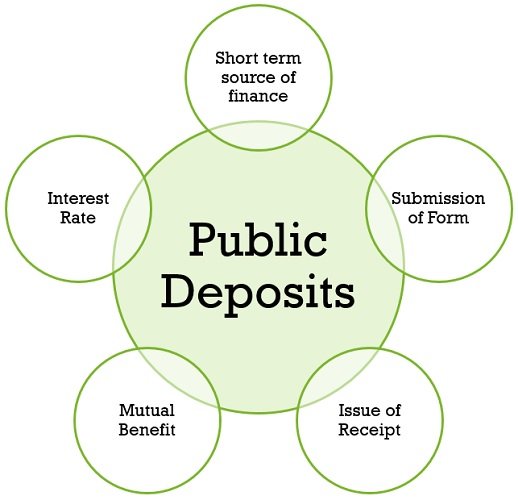 In order to prevent the malpractices of different companies like non-payment of interest and non-refunding money, several rules are made by the Government for its regulation. These rules are as under:

In general, the company authorizes some firms that operate locally to perform the role of a broker, to render the services to the depositors. 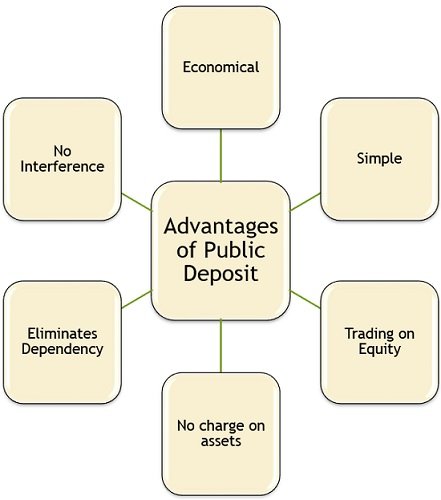 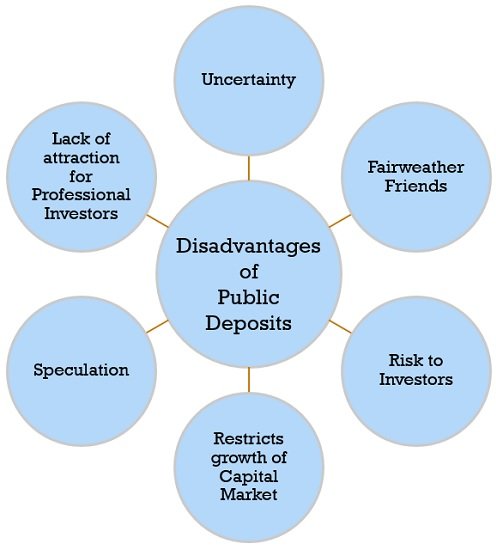 Before the emergence of the banking system in the country, people used to deposit their hard-earned money with renowned companies. However, nowadays, a number of firms be it large or small have solicited unsecured deposits as a major source of raising funds for working capital.