Definition: The Semantic Barriers refers to the misunderstanding between the sender and receiver arising due to the different meanings of words, and other symbols used in the communication.

The semantic barriers usually arise when the information is not in the simple language and contains those words or symbols that have multiple meanings. Following are the main language barriers: 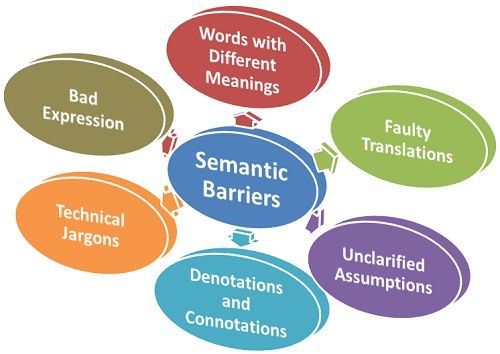 Thus, semantic barriers lead to misunderstanding of the information and the objective of communication, i.e. for which it was intended, gets disrupted.