Definition: The Social Factors are the factors that are prevalent in the society where a consumer live in.  The society is composed of several individuals that have different preferences and behaviors. These varied behaviors influence the personal preferences of the other set of individuals as they tend to perform those activities which are acceptable to the society.

The following are the important social factors that influence the behavior of an individual in one or the other way: 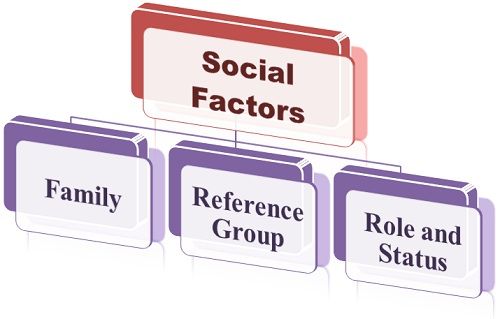 Thus, The social factors play a crucial role in building the behavior of an individual, and the marketers should understand it properly before designing their marketing campaigns.