Definition: The Business Ethics refers to the system wherein what is right and wrong, just and unjust, good or evil is studied about the actions of the businessmen. In general, the “ethics” means a sense of what is fair and acceptable to the society; the same moral principles apply to the business ethics as well. 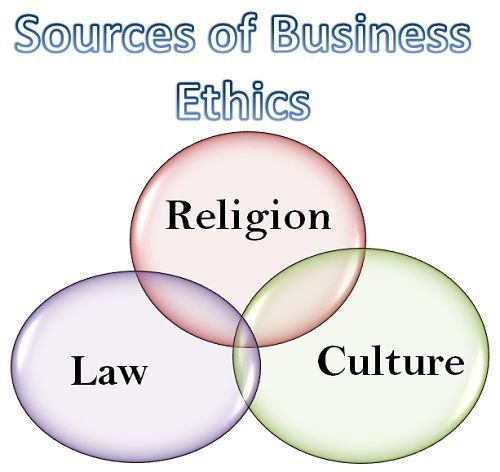 Thus, the Business Ethics are greatly influenced by these sources which vary from company to company and country to country, and this is the reason why these differ across the globe.