Definition: Profit is the financial benefit realized from the business activity when the revenues generated exceeds the costs and expenses incurred in the operation of such activities. Simply, the total cost deducted from total revenue yields profit.

The profits of the organization depend on the successful management of business operations, i.e. how well an entrepreneur manages the risks and uncertainties of the firm. Although the profits are directly linked to the entrepreneur and his functions, several economists have given their varied views on origin, nature and role of profit. Till date, there is no complete consensus among the economists with respect to the true nature and origin of profit. Due to this, several theories of profit came into existence. 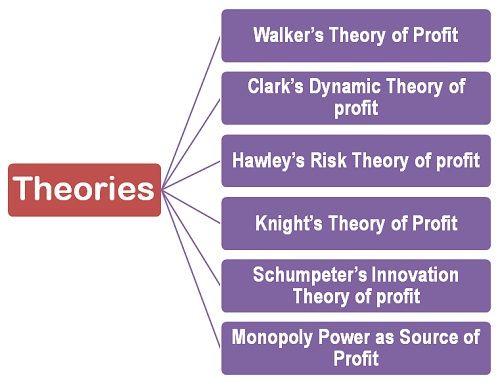 The main reason behind the formation of so many profit theories is the confusion among the economists arising due to lack of agreement between them regarding the true and proper function of the entrepreneur. Some believed that the function of an entrepreneur is to coordinate and organize the factors of production, others have described the role of the entrepreneur as a risk bearer, while some considered profits as a non-functional income.