Definition: The Strategic Alliance is a cooperative agreement between two companies that agree to share resources to pursue the common set of goals but remain independent after the formation of the alliance.

On the basis of these, four types of strategic alliances emerge: 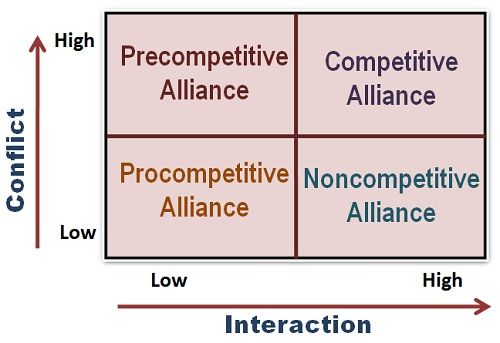 Thus, the strategic alliance types are classified on the basis of interaction and the potential of conflict between the partners to the contract.