Definition: Warehousing can be defined as the systematic process of storing and preserving goods on a large scale in a warehouse, godown and facility from the moment goods are produced, and making them available when they are demanded, i.e. for sale, distribution and consumption.

Warehousing encompasses making proper arrangements so as to keep the goods safe, i.e. in an appropriate condition and ready to sale. This service is used by a number of people such as manufacturers, distributors, suppliers, transporters, importers and exporters.

The points given below will state the needs for warehousing: 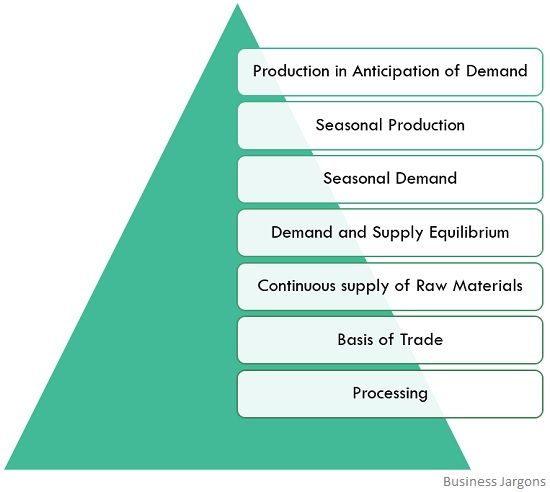 The functions of warehousing are given hereunder: 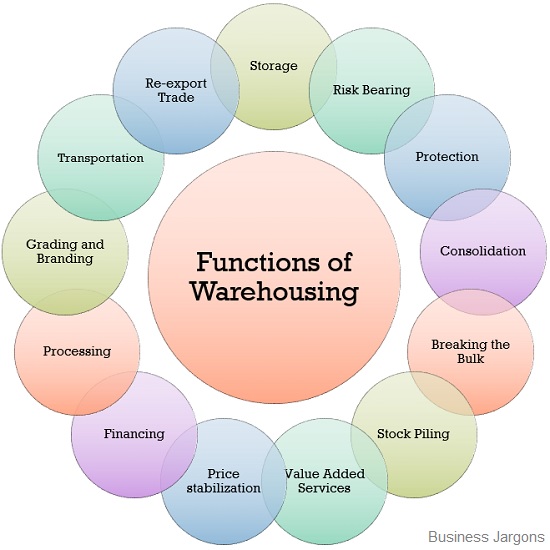 Grains like Wheat, Rice, Pulses, etc. and Fruits like Apple, Oranges, Mangoes, etc. are produced in a specific season, but their demand is not season-specific, i.e. they are required throughout the year. So, warehousing helps in preserving and maintaining the stock of goods and releasing them according to the demand in the market.

This means that warehousing service facilitates businesspersons to produce goods round the year, and sell them when they are demanded.