Definition: The word ‘demand’ is used to imply the quantity (how much) of a given commodity or service, the consumers are willing and able to buy, in a market during the particular period of time, at any price, or at any income or at any price of related goods. 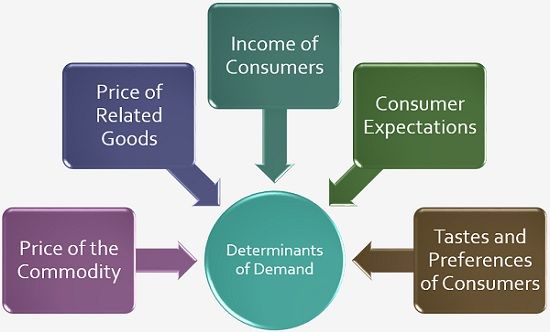