Definition: The Arrival Process is the first element of the queuing structure that relates to the information about the arrival of the population in the system, whether they come individually or in groups. Also, at what time intervals people come and are there a finite population of customers or infinite population.

The general structure of the queuing system is shown below:

Following are the bases on which the arrival from the input population can be classified: 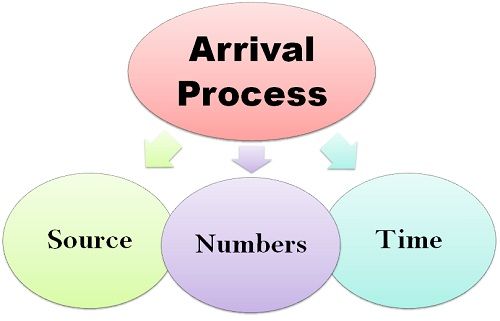 Thus, all the information related to the number of the population arriving in the system at different time intervals is taken care of while designing the queue structure.