Definition: Gig Economy is a group of the market that connects service providers to consumers on a gig, i.e. per job/task basis. It implies a labour market wherein numerous individuals are employed on a part-time basis or where freelance work persists, instead of conventional full-time work. Even organizations look for independent contractors, on-call workers and freelancers to work with them.

It includes all such platforms that hire gig workers to work in different sectors like food and beverages, groceries, e-commerce, information, technology, content development, etc.

Irrespective of the industry in which the gig worker is employed, small tasks are given to them, which they have to complete to get compensated.

The characteristics of the Gig Economy are discussed hereunder: 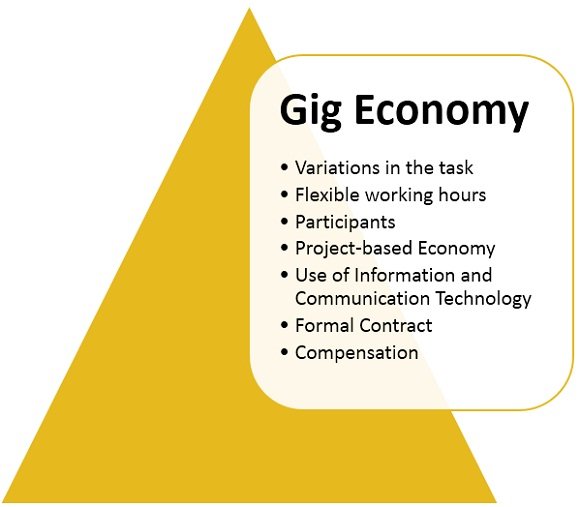 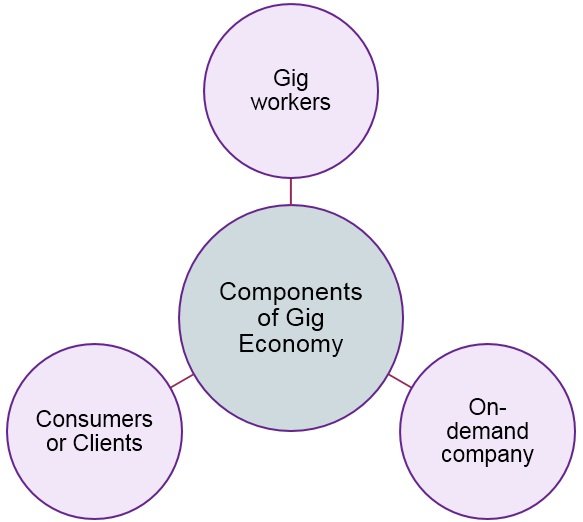 Gig Economy can be found in a number of occupations like taxi drivers, food deliveries, goods courier, cleaners, web developers, creative designers and so forth. It is a vast and diverse system, due to which it is very difficult to impose regulation to work effectively.

It can be mainly classified into:

Reasons for the promotion of Gig Economy

Gig Economy is an on-demand, a task-based economy that entails the exchange of labour for money amidst individuals and the activities are coordinated via a digital platform, i.e. it connects the service providers to the customers, on a short term basis. It signifies a free market system in which temporary and flexible jobs can be found.