Definition: Hursey and Blanchard’s Situational Model talks about the relationship between the leadership styles and the subordinate’s maturity. Here, the maturity means the ability and willingness of the subordinate directing his own behavior towards the job fulfillment.

Thus, following are the two main considerations in Hursey and Blanchard’s model:

Leadership Style: According to Hursey and Blanchard the leadership style can be determined on the basis of two considerations, Viz. Relational Behavior and the Task behavior. The relational behavior refers to the interpersonal relationship between the leader and his subordinates, while the task behavior refers to the amount of guidance and direction a leader gives to his subordinates. On the basis of these considerations four types of leadership styles can be obtained, which are shown in the matrix below: 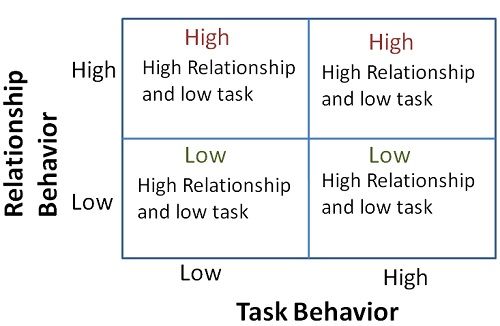 Subordinates Maturity: The maturity of subordinate refers to his ability and willingness to direct his behavior towards the accomplishment of the assigned task. Here the ability means the skills and knowledge that a subordinate possesses to do the job also called as the job maturity. While, the willingness refers to the psychological maturity that talks about the confidence and commitment of the individual.

These maturity variables are to be considered in relation to a specific job as these tend to change with the change in the job type. Combining these two maturity elements: ability and willingness, we get four combinations which are shown in the figure below: 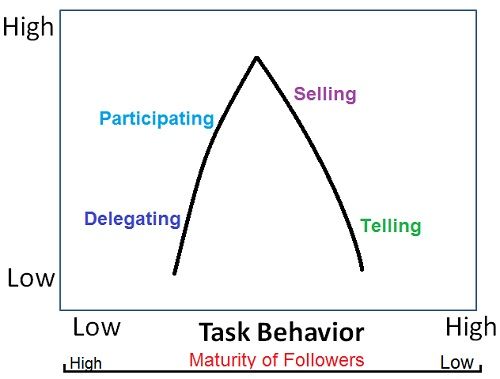 On the basis of such relationship we get four types of leadership styles:

Thus, Hursey and Blanchard’s Situational Model talks about the relationship between the manager and the subordinates and the willingness of subordinates to direct their behavior towards the accomplishment of a task.