Definition: The Leadership Styles are the behavioral patterns that a leader adopt to influence the behavior of his followers, i.e. the way he gives directions to his subordinates and motivates them to accomplish the given objectives.

The leadership styles can either be classified on the basis of behavioral approach or situational approach. These approaches are comprised of several theories and models which are explained below: 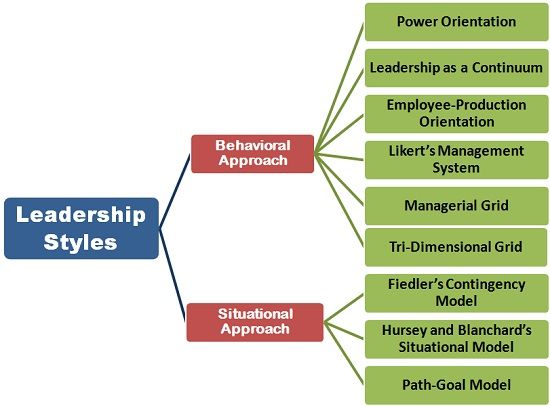 Based on Behavioral Approach

Based on Situational Approach

Thus, a manager behavior and the situational demands give rise to several leadership styles as discussed above.