Definition: Money refers to an economic measure that acts as a commonly accepted exchange medium, to pay for goods and services, repay debts, and settle various transactions. Further, those exchanges which are carried out without the mediation of money are called as a barter exchange.

In finer terms, money is a man-made creation, which is introduced with an aim of overcoming the difficulties of barter exchange.

Stages of Evolution of Money

There are four different stages through which money has passed, on the basis of the development of human civilization, which are discussed hereunder: 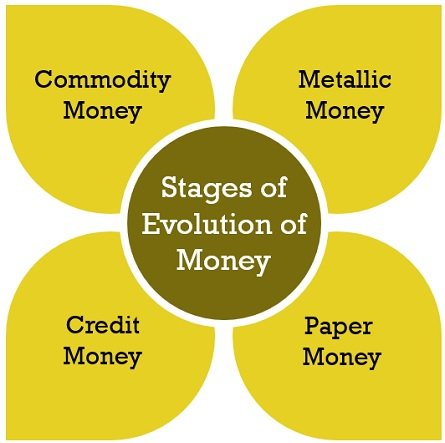 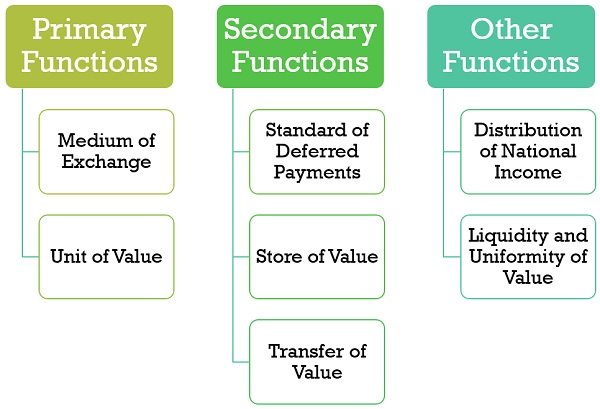 Under primary function, money is thought of as a passive tool, which performs the following functions:

Under secondary function, money is thought of as a dynamic tool, which carries out the following functions:

Apart from the above two functions, money performs other functions also which are:

In an economy, money plays a vital role, as it is central to all economic activities. In fact, whether it is economic welfare or economic development of a country, or, the wealth of an individual, everything is measured in monetary terms