Definition: Leadership is the process of channelising the energy of an individual or a group towards the realisation of specific goals, objectives and vision.

Over the decades, many great scholars, researchers and academicians have conducted various research and studies to discover the factors that contribute to effective leadership. In this process, the following theories of leadership have evolved: 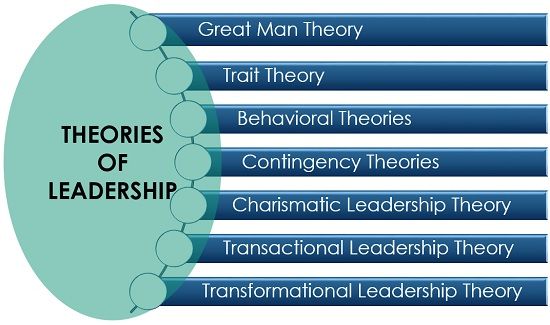 This theory was criticised since it neglected the environmental factors which may not always remain the same. The list of traits is quite vast and keeps on changing from time to time. It was unable to explain failures despite possessing the certain traits specified in the theory. Moreover, of the identified traits can be acquired through learning and training.

From the above description, we can conclude that a leader needs to follow different leadership theories based on the situation and circumstances.