Definition: Bill of Lading is an important document, required to ship goods from one point to another. The carrier generates and issues a bill of lading to the shipper of the goods, acknowledging the receipt of goods for shipment in acceptable condition.

In simple words, the bill of lading is written evidence of a contract between shipper and carrier for the carriage and delivery of sea-consignment, for a definite freight.

What is contained in Bill of Lading?

The bill of lading consist of the following details:

Carrier is the transportation company, which provides transportation services. It may include freight forwarders, third-party logistics companies, owner drivers etc. The shipper is the person who either supplies the goods or owns them, so the shipper can be the exporter or his agent.

Functions of Bill of Lading 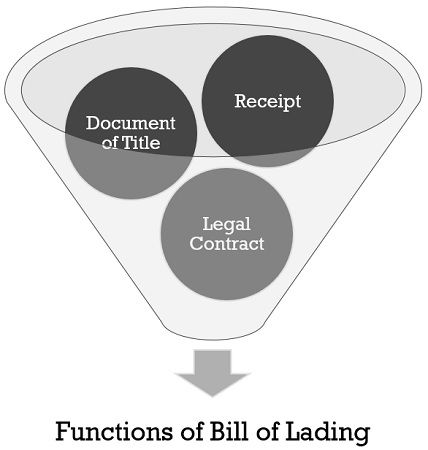 It is a record of the goods being traded, which are shipped and represents the carrier which takes the goods to their final destination.

Process of Bill of Lading

The process of the bill of lading can be understood with the help of the points given below: 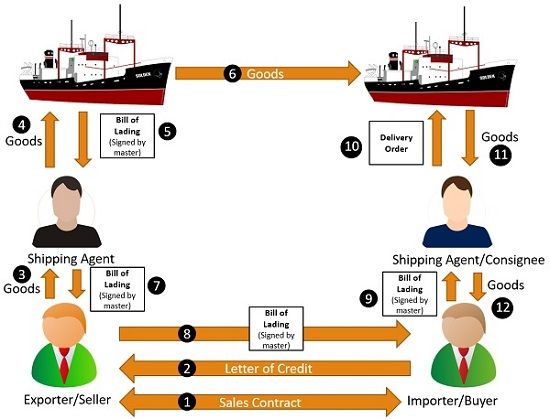 It must be noted that the actual negotiable bill of lading is made in three originals, each of them is signed by the master. Out of which one is kept by the consignor of the goods, one by the shipmaster and the last one is forwarded to the consignee, who has to surrender the same, to get the delivery of the goods. On receiving the goods, the other two bills become null and void.