Definition: Consignment implies a trading arrangement, wherein one party transfers goods to another party without immediate payment, who agrees for selling them on behalf and at the risk of the former, as per the instructions, to the customers, for a commission as a percentage of revenue from the sale proceeds.

Consignment is opted when the owner of the goods does not have any branch in a specific area or place.

The consignee is entitled to pay to the consignor for the goods when the sales take place. If there is any unsold stock and the term of the agreement expires, then it will be returned to the owner of the goods, i.e. the consignor.

Let’s understand the process of consignment with the help of figure:

In consignment, the consignor appoints another person as his agent (consignor) to sell the goods, against which he/she receives a commission. Upcoming points will present the main features of consignment:

Any sale proceeds received thereon is remitted to the consignor, after deducting the expenses (such as advertisement expenses, selling expenses, godown rent, loading/unloading charges, etc) and commission.

Consignee is entitled to a commission for the sales made on behalf of the consignor which is calculated as per its nature. There are three types of Commission paid in case of consignment: 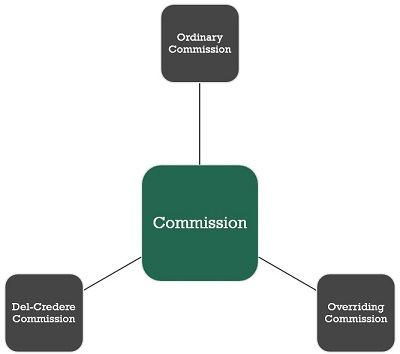