Definition: Agency can be defined as the relationship between two persons, wherein a person has the authority to act on behalf of another, bind him/her into a legal relationship with the third party. There are two parties in a contract of agency – principal and agent.

Contract of Agency is based on the fact that one person cannot perform all the transactions and so he can appoint another perform or act on his behalf.

Who is a Principal?

Any person who employs another person to perform an act and who is being represented by another person in dealing with the third party is the Principal.

Who is an Agent?

Characteristics of the Agency

The basic characteristics of the contract of the agency are discussed as under: 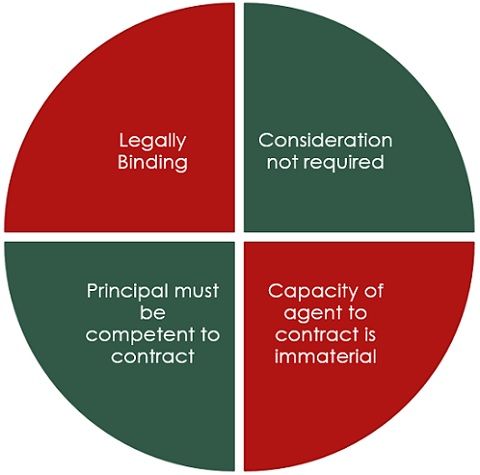 The agency can be created in the following ways:

In a contract of agency, the agent has to establish Privity of Contract, amidst the principal and the third party. Here Privity of Contract means that no right is conferred or obligations are imposed on any person who is not a party to the contract.

This means that the party to contract are entitled to sue each other to enforce the rights or claim damages, but prevents others from doing so.