Definition: Double Entry System refers to the system of bookkeeping that is prevalent at present. According to this system, every transaction has equal and opposite effects, in a minimum number of two accounts.

Suppose a firm purchased a laptop for cash Rs. 70,000. The two aspects of this transaction are that the amount of cash is reduced and assets, i.e. laptop comes into the organization.

Hence, in the double-entry system, both aspects of the transaction are entered into the financial books. It is also termed a complete entry system.

As in physics, every action has an equal and opposite reaction. Similarly, in the field of accounting, every transaction results in an equal yet opposite balance in accounts, i.e. debit and credit.

The system was developed by an Italian Mathematician Luca Pacioli, in the year 1494.

The system is based on the assumption that there won’t be any giving without receiving. Hence, for every debit, there is a corresponding credit. Based on the Double Entry System, the accounting equation can be expressed as:

Double Entry System is characterized by: 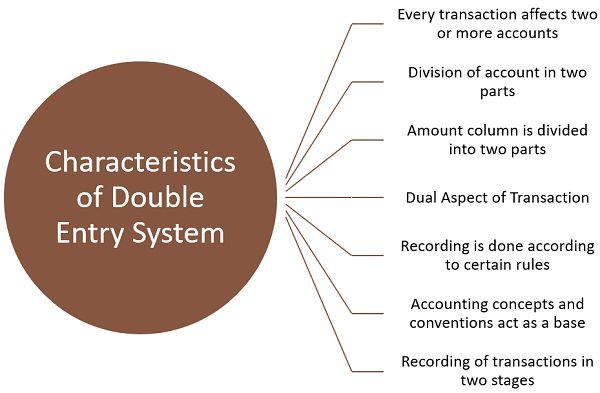 Division of account in two parts: The basis of preparation of ledger accounts are journal and subsidiary books. Each of them has two sides wherein the left side is debit and the right-hand side is credit.

Dual Aspect of Transaction: It is based on the notion that every debit has an equivalent credit. That is why they are recorded simultaneously on the debit and credit sides.

Recording is done according to certain rules: There are golden rules of accounting on the basis of which the recording of transactions is made in the books of accounts. These are basically rules for debit and credit.

Accounting concepts and conventions act as a base: Double Entry System of bookkeeping relies on the universally accepted conventions and concepts, which are required to be followed while maintaining accounting books.

As the name suggests, the double-entry system has a two-fold effect, which implies that the financial transactions affect two accounts in opposite directions. In this system, every transaction involves two-person, parties or accounts, wherein one gives while the other receives.